A lot of people think that production is something that happens overnight. The truth is, it’s a long process that takes weeks or months to complete. This article explains how the production process works and what happens during each stage of the process so you can understand why it takes so long to get your project done! A commercial can be shot on location or in a studio, but usually there are elements from both types involved depending on budget constraints etc.

What Is The TV Commercial Production Process?

There are three distinct stages in the TV commercial production process: pre-production, production and post-production. In each stage, there are many different activities that have to be completed before moving on to the next stage.

The first step of TV commercial production is pre-production. In this stage, all the elements necessary for filming are decided upon. This includes deciding on a location, props and actors. The main goal of this stage is to create an effective storyboard that establishes what will be filmed at each location as well as how it will look like when it’s finished. Once this has been done, you can move onto actual shooting or ‘production’ which involves everything from lighting up sets and casting extras to recording sound effects or even creating visual effects (VFX) with computers! Sound exciting? Then it’s time for post-production which involves editing all footage together into one video so viewers can finally see how your vision turned out! 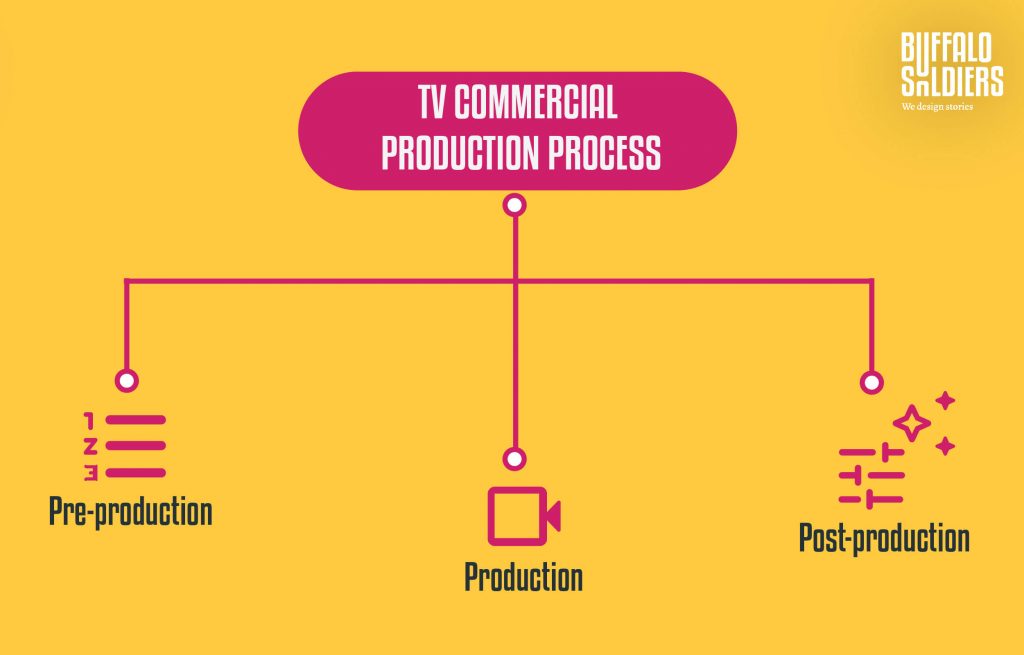 Pre-production, production and post-production are three stages in the process of creating a TV commercial. These stages are separate but linked by the creative process.

They are also known as first draft, second draft and final draft respectively. This is because each stage has an important role to play in getting your ad film made. Let’s look at them one by one:

Commercial television production is a process that is similar to film production, with the major difference being the length of the finished product. A TV commercial (TVC) is created by the same people who create films, but it’s more expensive to produce than a feature film and has a much shorter run time.

TVCs are usually around 30 seconds long. This makes them great for advertisers looking for an attention-grabbing way to advertise their products or services. TVCs often include famous actors or personalities as part of their creative team, which helps them stand out from other ads in viewers’ minds because they’re memorable and entertaining.

TV advertising production is a process that involves a lot of people. It is not just about shooting the commercial, but it also involves production and post-production. You need to find the right location for your shoot as well as hire actors and crew members for your commercial video ad film.

When you are planning to get TV Commercial (TVC) or Ad Film Production in India done, it is important that you understand what each step in the process involves.

59% of marketing executives agree with the fact that if both text and video are available on the same topic, users are likely to choose the video format of the content. Moreover, 92% of mobile users consume video content over other formats.

A commercial producer will manage all aspects of production in collaboration with creative teams (art department) to achieve production goals efficiently while maintaining high standards of quality control so that clients are satisfied with their investment in commercials as well as campaign ROI (return on investment). In addition they will be responsible for managing budgets throughout production which includes reviewing financial reports regularly throughout pre-production stages until completion of post-production stages where final delivery deadlines are met without compromising quality control standards set out by clients at all times!

The first step in creating a TV commercial (or ad film) is to develop a script. A good script will help you create a compelling story that sells your product or service in the most effective way. If you are new to writing scripts, I recommend checking out some free screenwriting software or screenwriting tips.

The basic steps for creating an ad film script include:

The next step is to breakdown the script into scenes. In this process, you will be creating a shot list and storyboard.

To create a shot list, first identify all the scenes in your script. Then look at each scene and think about what kind of shots are required to make that scene work visually. You should also think about how many people will be involved in the scene and what they need to be doing while they’re filming – if there are multiple characters speaking at once in one room, then you might have to film with more than one camera so that each actor can get their own coverage (meaning their own set up with lighting).

Once you have identified all of your possible shots for each scene, take note of them as well as any props or costumes needed for each segment of film making process. 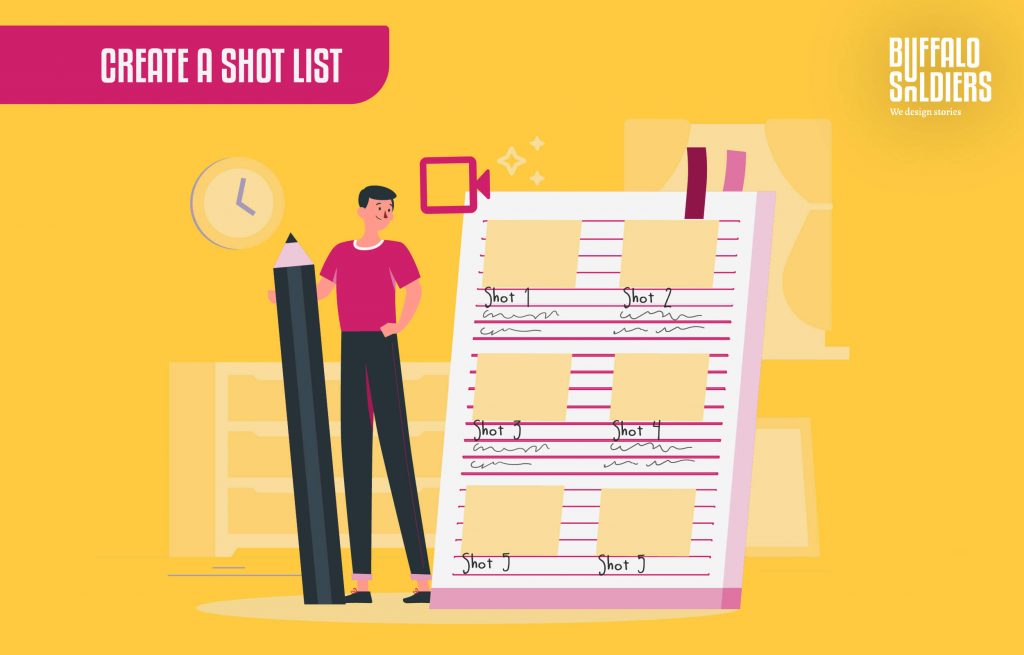 A shot list is a plan for capturing each scene of your TV commercial (TVC) or ad film. A well-written shot list will help you and your crew stay organized, focused on the most important shots, and ready to go when it’s time to start filming.

A good shot list includes every angle of each scene, as well as any specific lighting effects or camera movements that you want in the final video.

A shooting schedule is a document with all of the details about when, where and how long each scene will be shot as well as what props and equipment are required for each scene. It also includes information on which set or location needs to be locked down for filming, whether any permits are required for getting permission to shoot at certain places in Mumbai or Delhi India etc., who is involved in each scene (including actors), which camera will be used and where it should be placed relative to actors during filming, who will do post-production work like editing photos & videos etc., how much time each day has been allocated for various tasks such as make-up/hair styling by artists/stylists/makeup artists etc., whether any special effects need doing before we start shooting scenes so they can look perfect on screen!

Shooting a TV commercial is a complex process that involves multiple people and departments. The director will work with the agency and the client to create a script and storyboard.

Once this is done, the director will then work with the production team to determine the best location and time for shooting. On set, they must ensure that everything goes according to plan while also directing actors, extras, cameramen etc. 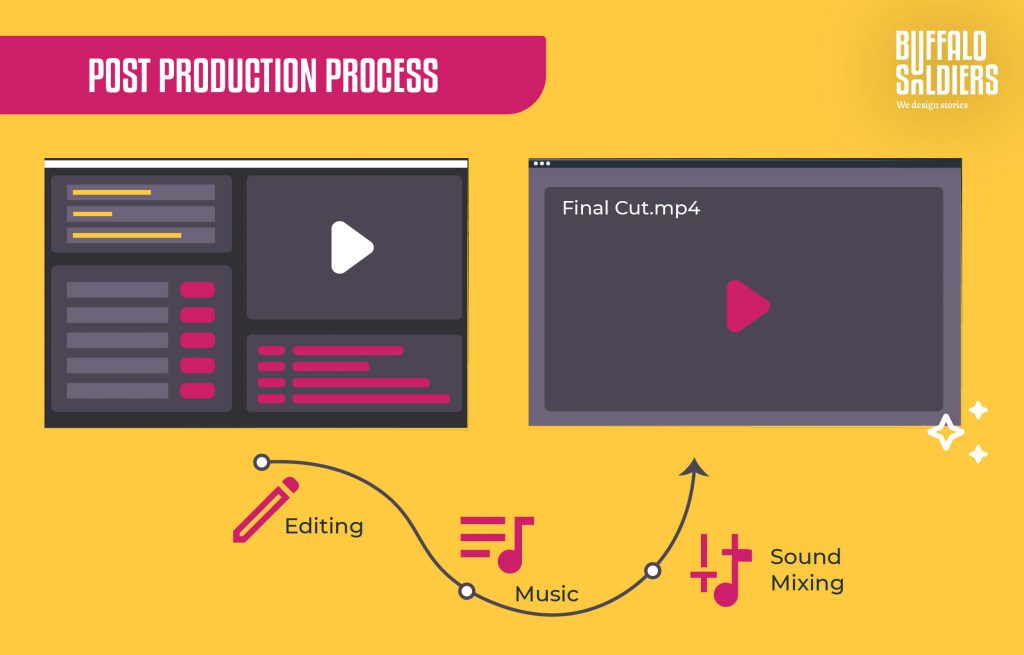 The post-production process is where all the magic happens. It’s the final stage before your commercial hits TV screens around the world.

Your video editor will cut together all of your footage and add any effects or graphics that you want to use in your advert.

After this, they’ll add music and sound effects to make sure it has impact on viewers. This can be really important for brands like Audi, who are known for using epic music scores in their commercials (they have even made an official playlist).

Finally, they’ll give you a finished copy of the ad film ready to use online or on TV!

Recommended Reading: How to Plan Your Video Content to Meet Your Goals & Reach Your Audience

How the production process is organized

The Ad film production process (or TV commercial production) is a very organized one. It consists of three distinct phases: pre-production, production and post-production.

Pre-production is the planning stage of the commercial, which includes script breakdown, shot list creation and scheduling for shooting. During this phase you define your objectives for producing an ad film including who your target audience will be, what it is that you want them to believe about your product or service and how you plan on making them feel about these things.

Production refers to actually filming the commercial. This involves working with directors, cinematographers and actors on location as well as in studio settings with set design elements if needed. Post-production refers to editing together all the footage captured during filming into a final cut ready for broadcast or distribution via social media sites such as YouTube or Facebook etc..

Statistics on TVC Production in India 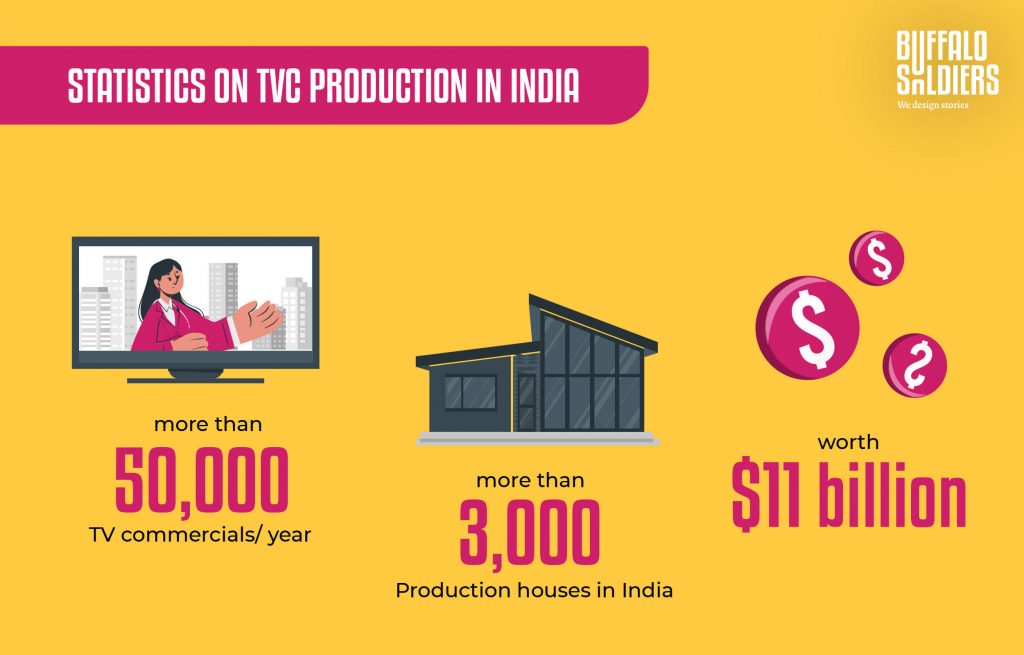 TVC production in India is rapidly growing and has become one of the most important forms of advertising. It’s estimated that India produces more than 50,000 TV commercials every year.

There are over 3,000 production houses in India which produce almost all kinds of ad films.

The advertising industry in India is worth $11 billion and TV commercials are the most popular form of advertising used by companies around the world including India.

But, at the end of the day, there’s nothing to worry about if you have a passion for it and if you work with a diligent team. Being aware of how things are done is always helpful because then you can better plan your resources and your time.

The work of a video production company in India entails writing scripts, shooting schedules, breakdowns—they’re all necessary steps that lead up to your final product. While the TV commercial production process may seem complicated at first glance, with enough practice and creativity you will be able to make some incredible projects. So let’s get started.

A quintessential North Indian with the soul (curry?) of a South Indian, perpetually swinging between an ‘in your face’ extrovert who can talk to absolute strangers and a ‘bed is life’ introvert who will probably growl if you try to poke her.

People call it a website. We call it our window to the world. Would you like some cookies 🍪 while scrolling through?
SettingsYes, Please! No, Thanks
Manage consent