The year 2020 rolled out with the intent of testing the human spirit. It was a year filled with despair and struggle. And struggle we did, not just our governments and businesses but the people running them too. However, despite the hardships, companies came up with brilliant and captivating advertising campaigns.

Companies were quick to turn the tide and use this as a year of reflection and growth. We all saw the same philosophy in their advertising campaigns. All of them were influential and captivating. Some raised social awareness through their marketing campaigns, while others banked in on silliness.

But no matter how you look at it, these campaigns successfully reached large audiences and lifted everyone’s spirits.

If you happened to miss out on any of them or want to take a few notes from them, here’s a list of the five best advertising campaigns in 2020. 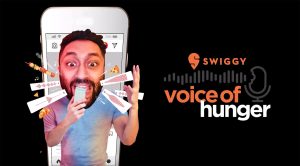 Swiggy has always built a name for its influential advertising campaigns. Their 2020 #VoiceOfHunger campaign was equal parts silly and fun. It was their most successful campaign of the year.

The campaign predominantly promoted on Instagram. Instagram had recently released a new feature of sending voice notes on your DMs. Swiggy was quick to jump on the wagon and capitalize on the opportunity. Users had to send voice notes to Swiggy and ensure that the shape of the soundwave resembled the figures of dishes like kebab, shawarma, fish, etc.

Winners were entitled to win Swiggy vouchers for a whole year. People participated in huge numbers. Swiggy got over 150k DMs in just the first ten days of the challenge.

Nike’s You Can’t Stop Us Campaign 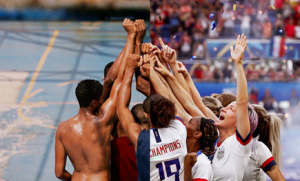 Nike is known for having socially poignant messages. The third video from their ‘You Can’t Stop Us’ campaign, is a beautiful and enthralling montage of numerous athletes. It also showcases an impressive editing endeavour.

The video has been made by researching and reviewing 4000 clips of footage. It has gained 59 million views on YouTube since its launch on July 30th.

The video talks about inclusion and pushing for change during the pandemic when tons of gyms and stadiums have remained closed. It features 53 athletes and 24 different kinds of sports. It hits home Nike’s approach of not just calling for change, but spearheading too. 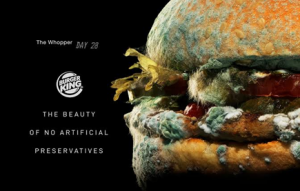 Burger King’s Moldy Whooper Campaign intended to increase awareness about the preservatives found in fast food. Burger King wanted to showcase the steps it took to decrease all kinds of additives and preservatives from its food by the end of the year.

It was in direct response to a photo that was circulating online of a 20-year-old McDonald’s burger. The burger hardly had any mold on it.

On March 30th 2020, the fast-food giant released a time-lapse video of its signature sandwich, the Whopper. In this video, we see the sandwich getting decomposed over the period of 34 days.

Around 50,000 people expressed their disgust with Burger King’s social media on the first day of the campaign. The video has since gotten 2.3 million views on YouTube. The hashtag has over 21 Million impressions. 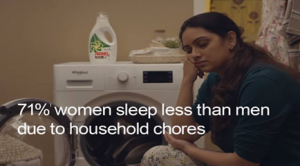 Ariel built upon the popularity of the ‘Share the Load’ campaign by making another earnest video that will surely tug your heartstrings. The new ad impressed us all once again.

The video features a working mom who has a daughter and husband. She does all the chores in the house, from getting her daughter ready for school to prepping meals and doing the laundry. One day while sleeping, the daughter wakes up to find out that her mom is not sleeping next to her. So she wakes up her dad. And they both go searching for her. They find her near the washing machine, asleep while doing the laundry. The stat that ‘71% of women get less sleep than men due to household chores’ appears on the screen. The husband then asks her to go rest while he does the laundry himself.

The video has gotten around 7.5 million views on YouTube and immensely positive response. 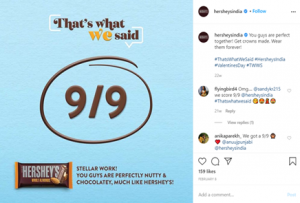 Hershey’s launched the ‘That’s what we said’ campaign on Valentine’s Day to create brand awareness among its Indian audience, particularly modern couples on Instagram.

They started an Instagram quiz where couples could ask each other 9 different questions and learn something quirky or interesting about each other. It had to be played on the brand’s Instagram page.

It aimed to showcase distinct flavours Hershey had developed for the Indian subcontinent. According to Socialsamosa, the hashtag got a reach of almost 13 Million on Instagram along with over 17 million impressions. It also increased their profile visits to 42,000+.

Mobile Web Vs Mobile In-App Advertising: Which Is A Smart Investment

Marketing Through GIFs: How To Engage And Entertain Your Online Customers

5 Tips To Use Instagram Reels In Your Marketing Strategy

This website uses cookies to improve your experience while you navigate through the website. Out of these, the cookies that are categorized as necessary are stored on your browser as they are essential for the working of basic functionalities of the website. We also use third-party cookies that help us analyze and understand how you use this website. These cookies will be stored in your browser only with your consent. You also have the option to opt-out of these cookies. But opting out of some of these cookies may affect your browsing experience.
Necessary Always Enabled
Necessary cookies are absolutely essential for the website to function properly. These cookies ensure basic functionalities and security features of the website, anonymously.
Functional
Functional cookies help to perform certain functionalities like sharing the content of the website on social media platforms, collect feedbacks, and other third-party features.
Performance
Performance cookies are used to understand and analyze the key performance indexes of the website which helps in delivering a better user experience for the visitors.
Analytics
Analytical cookies are used to understand how visitors interact with the website. These cookies help provide information on metrics the number of visitors, bounce rate, traffic source, etc.
Advertisement
Advertisement cookies are used to provide visitors with relevant ads and marketing campaigns. These cookies track visitors across websites and collect information to provide customized ads.
Others
Other uncategorized cookies are those that are being analyzed and have not been classified into a category as yet.
SAVE & ACCEPT